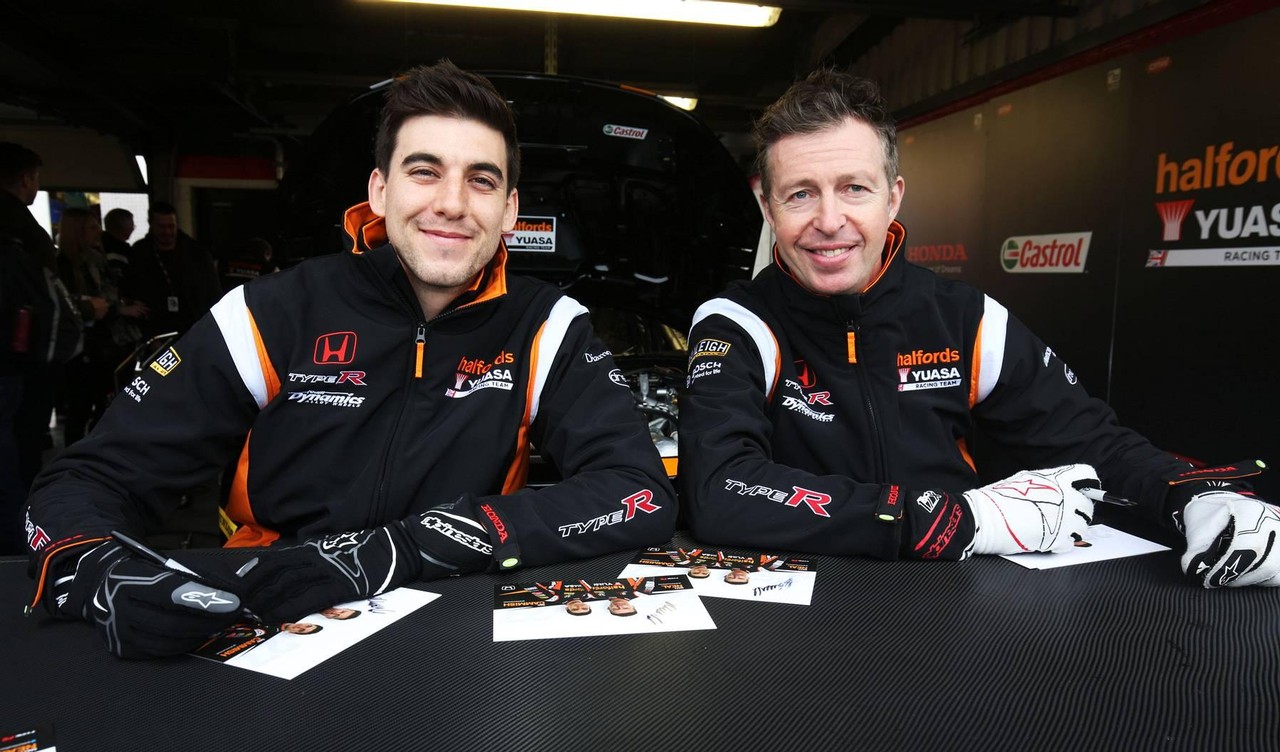 Halfords Yuasa Racing duo Matt Neal and Dan Cammish are in fighting form as the Dunlop MSA British Touring Car Championship speeds towards Donington Park for the second outing of its 2018 campaign next weekend (28/29 April).

Spurred on by the disappointment of a frustrating Brands Hatch curtain-raiser earlier this month – where a stellar qualifying performance for the new Honda Civic Type R (FK8) was undone by a variety of race day misfortunes, from unavoidable contact to changeable weather – Neal and Cammish will both arrive at Donington carrying zero ballast and in prime shape to kick-start their challenge.

The pair will also be aiming to play ‘home’ advantage at Team Dynamics’ local circuit – one where Neal famously celebrated his maiden BTCC victory 19 years ago, in so doing scooping a £250,000 bonus as the first Independent entrant ever to win a BTCC race outright.

Cammish similarly has an excellent record around the popular Leicestershire track, and is keen to extend his early advantage in the Jack Sears Trophy standings – as well as scoring strong points for Honda and Halfords Yuasa Racing in the Manufacturers’ and Teams’ battles respectively.

Matt Neal:
“Donington is my home circuit, so I always get a lot of friends and family coming along to support me, which is great. I have good memories there, too, which invariably gives me an extra boost going back. We learned a bit more about the new Civic Type R at Brands Hatch. It’s quite a different beast to its predecessor and we still have more work to do to fully refine it, but I’m hopeful that with its strong engine and sleek silhouette, it will prove well-suited to Donington, especially through the high-speed stuff. The weekend will be the first time we run the hard-compound tyres this year, which requires you to change the way you drive slightly, so that will be an extra unknown element. We’ll have to keep an eye on how the weather unfolds as well – it was a bit of a lottery at Brands Hatch, and it could play a part again. Whilst I’d obviously rather have the points in the bag, the disappointment at Brands means I won’t be carrying any weight in qualifying or race one, so I need to make sure I take advantage of that and really capitalise on the situation. The aim is to come away with three solid points finishes.”