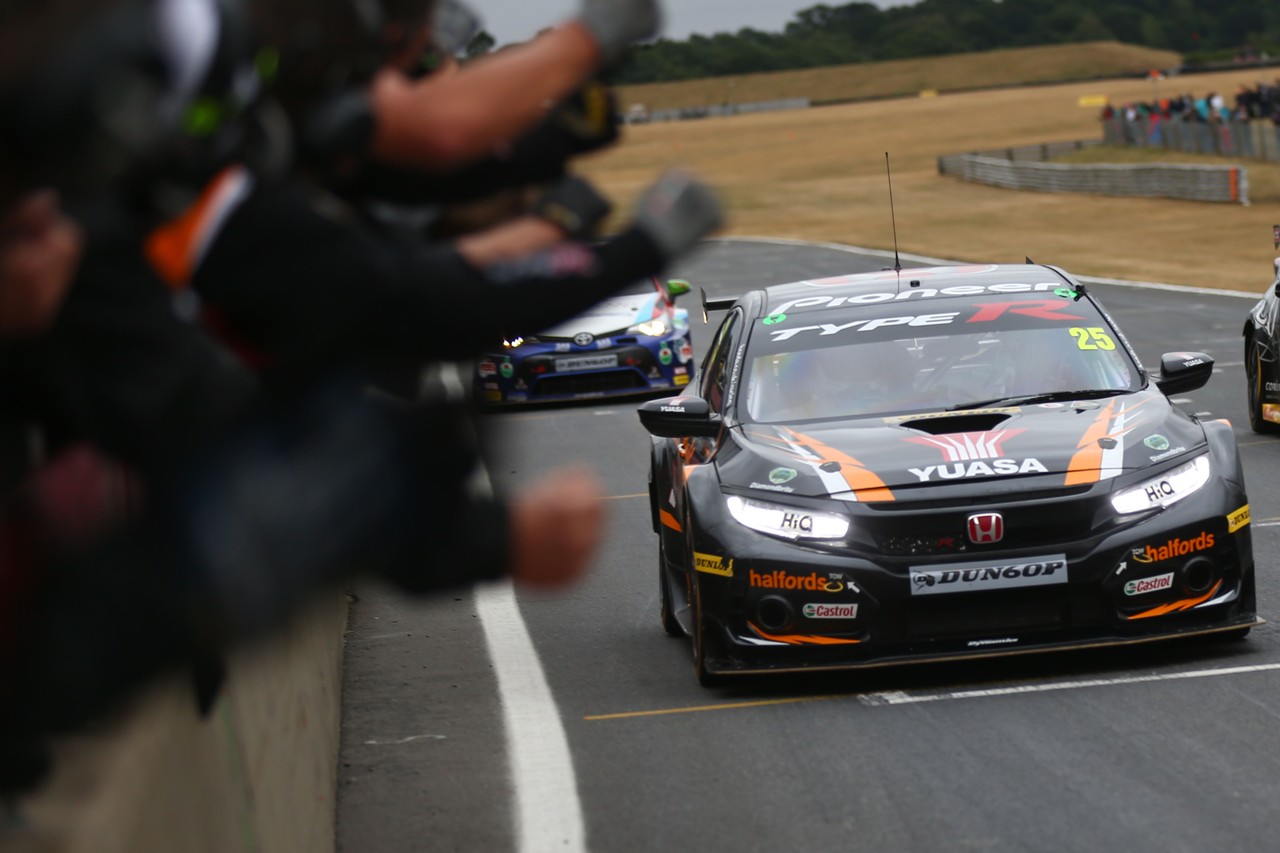 Honda will bid to pick up from where it left off as the 2018 Dunlop MSA British Touring Car Championship resumes with Rounds 19/20/21 at the tricky and technical Rockingham Circuit following its bountiful haul of points in the ‘Diamond Double’ landmark event.

Matt Neal’s momentous victory in the first-of-its-kind 60-mile race at Snetterton – held in honour of the BTCC’s 60th anniversary celebrations – not only signalled his and the Team Dynamics-backed Honda squad’s second victory of the season, but the maximum double-weighted points reward has spurred it towards the summit of the key championship standings.

With four rounds remaining, Honda heads to Rockingham with Neal sitting third in the drivers’ table – 16 points shy of the top spot – while Honda is second and closing on BMW in the manufacturers’ reckoning. Better still, Halfords Yuasa Racing is now in charge of the fiercely-competitive teams’ championship and Dan Cammish is stretching clear in the Jack Sears Trophy thanks to a third podium of the season in Norfolk.

Next up for the in-form pairing is Rockingham, which makes use of its famed banked oval for a unique full throttle blast all the way from the final corner to the first, before the drivers delve into a tricky and technical infield section.

It is a circuit that suits a balanced all-round package, which Neal says should favour the Civic Type R (FK8) with its accomplished engine and aerodynamically-efficient silhouette. With the team on a roll, both Neal and Cammish head to Rockingham with sights set firmly on more strong points to consolidate its positive placings in the overall classification.

Matt Neal:
“It was a truly special feeling to make BTCC history at Snetterton and it’s a pleasure to reward the team for all of the hard work they have put in this year to make the new Civic Type R (FK8) such a competitive package. While we’re all certainly still buzzing and savouring the moment, we are nonetheless focused on the rounds ahead, beginning with Rockingham, a track I had the honour of claiming victory at on the BTCC’s inaugural visit back in 2003. It’ll be tough to replicate that feat considering the success ballast I’ll be carrying but we have tested there this year and the Honda has all the attributes needed to perform well at Rockingham. If we enjoy a clean weekend, we’ll be in good shape overall.”