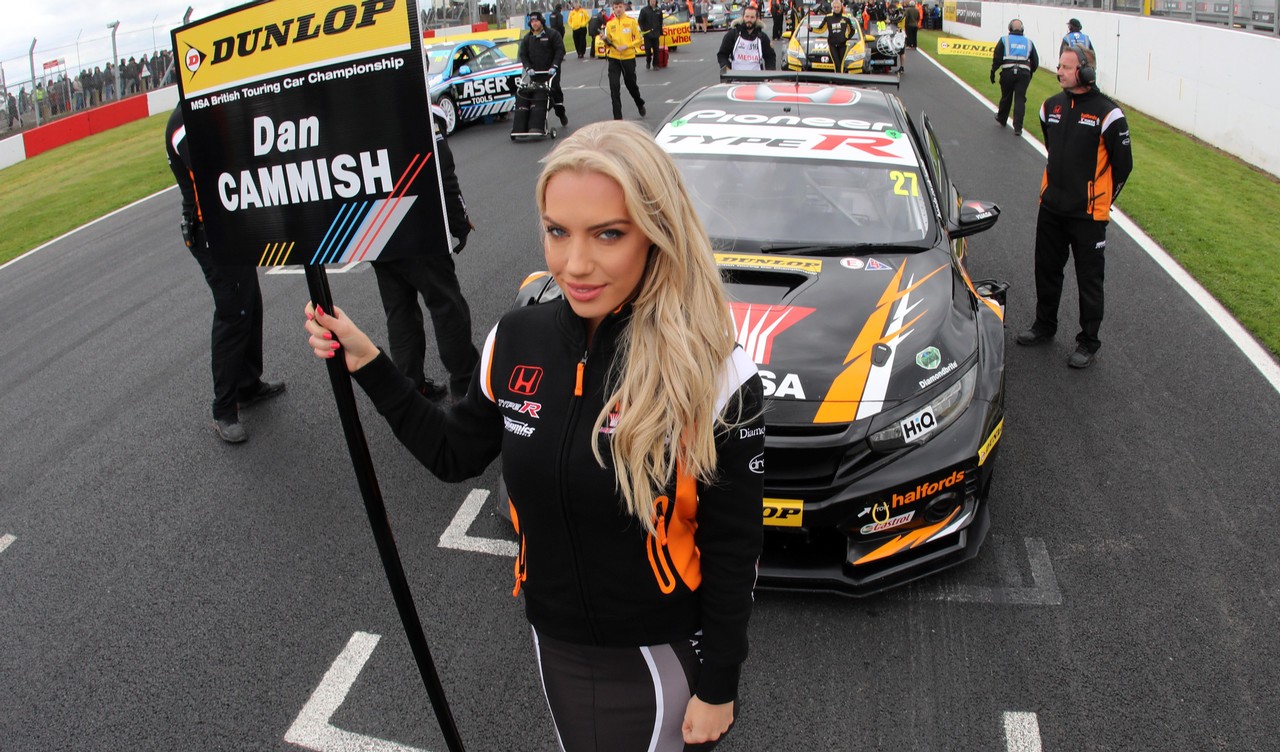 Halfords Yuasa Racing’s Matt Neal and Dan Cammish are targeting a first win for the new Honda Civic Type R (FK8) at one of the team’s most successful proving grounds as the Dunlop MSA British Touring Car Championship powers into Thruxton for Rounds 7, 8 and 9 of the 2018 season on 19/20 May.

Team Dynamics enjoyed a positive weekend last time out at Donington Park, with rookie sensation Cammish demonstrating his burgeoning title credentials by achieving a maiden BTCC podium in only his fourth start. With team-mate Neal claiming a pair of top ten results, Team Dynamics heads to the fastest circuit on the calendar in buoyant spirits.

The manufacturer-backed Honda outfit has established itself as the dominant force at Thruxton in previous seasons having accumulated an unprecedented 10 wins from the last 21 races to be held at the venue.

With a notorious high-speed layout that rewards strong engine performance and cornering speed, Neal – who has contributed towards four of those successes in that time – is confident the new Civic Type R will be similarly well-suited to the rigours of the demanding circuit.

Similarly, Cammish has his sights set firmly on a first BTCC victory after claiming a landmark second place finish in race one at Donington Park. Extending his advantage in the Jack Sears Trophy, his success reinforces Honda and Halfords Yuasa Racing’s title aspirations in the Manufacturers’ and Teams’ battles respectively.

Matt Neal:
“I have enjoyed a lot of success at Thruxton during my career. It is something of a ‘home’ round for Halfords Yuasa Racing, so it would be especially satisfying to mark the occasion with a return to the top spot this weekend. It is a circuit that has traditionally favoured the Honda package over the years so the FK8 with its ‘slippery’ low-drag silhouette should be in its element around a circuit where maintaining high cornering speeds is critical. Encouragingly, the new Civic Type R was quick out of the box when we tested it at Thruxton before the season so this will be an opportunity to see just how far development has come. The competitiveness in BTCC this year is fierce, but we are understanding more about the Civic Type R every time we hit the track. Victory has to be the target this weekend.”

Dan Cammish:
“I am relishing the chance to race at Thruxton, not least because it is one of the few circuits on the calendar I have already driven the Civic Type R. Even during pre-season testing I was able to set competitive lap times, which gives me huge confidence for this weekend’s race. I think the circuit characteristics really suit the Civic Type R; we have less drag, more aero and a very stable car in high-speed corners, which is everything you need to win at Thruxton. It was fantastic to be celebrating a podium finish so early on in my BTCC career – it just makes me more motivated to take the ‘next step’ and top of the rostrum.”