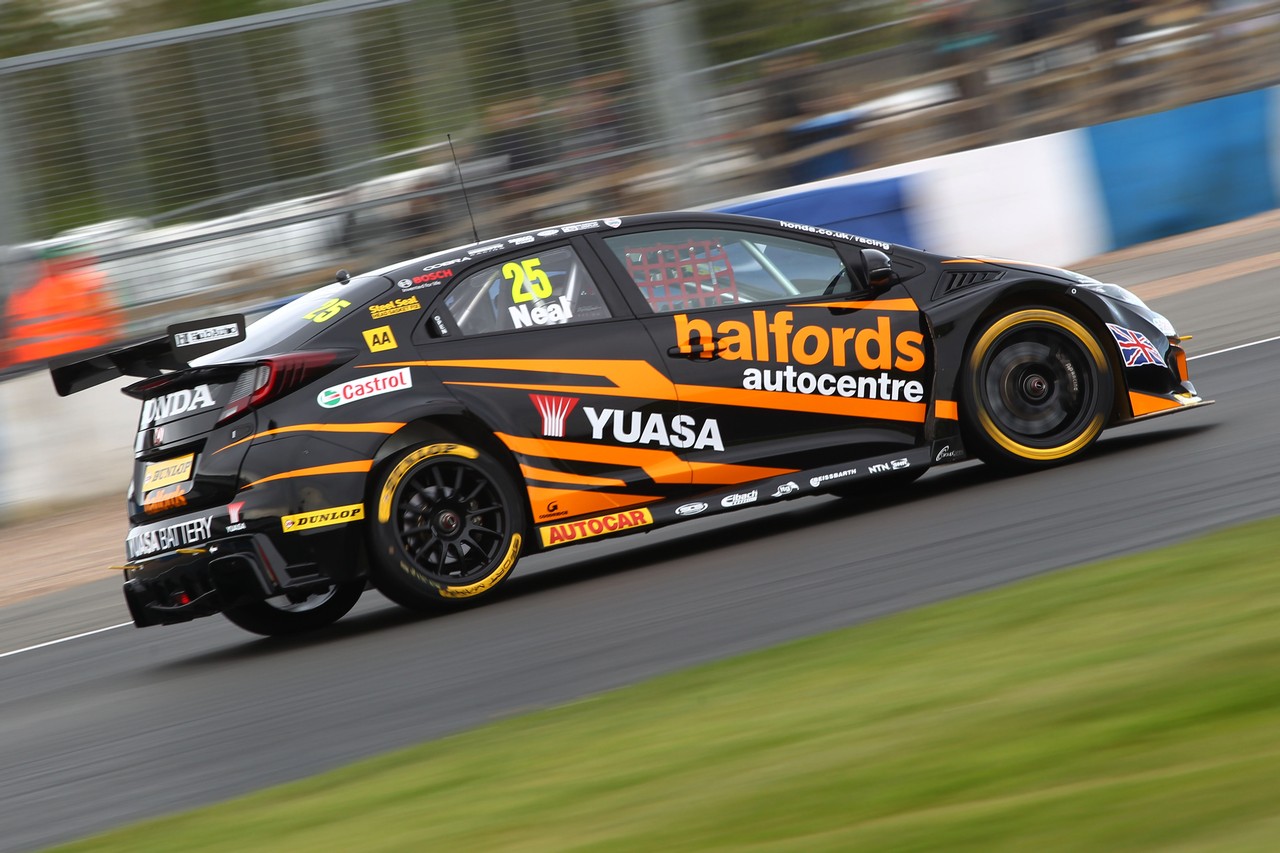 Halfords Yuasa Racing is bidding to bounce back from Donington Park disappointment next weekend (6/7 May) with a return to winning ways in the Dunlop MSA British Touring Car Championship around the fastest circuit in the country – Thruxton.

Gordon Shedden looked to have consolidated his championship lead with a race three triumph last time out, only for a technical infringement to deny the defending title-holder his second victory of the season. Consequently slipping to fourth in the standings, the Scot is fired-up to fight back around a track that has always played to Honda’s strengths – with an impressive 50 per cent strike rate over the past seven years.

Halfords Yuasa Racing team-mate Matt Neal, for his part, has his sights set on drawing level with touring car legend Andy Rouse on 60 BTCC wins – and the three-time champion feels there could be no better place to mark that momentous milestone than on Honda’s home turf, with the Civic Type R being assembled just up the road in Swindon.

Shedden and Neal laid down a marker during last week’s pre-event test at Thruxton, when they served signal of intent by lapping second and fourth-quickest respectively as Hondas swept the top four positions on the timing screens. Both men are confident of maintaining that positive momentum over the course of the race weekend.

Gordon Shedden:
“Thruxton is incredibly fast; theoretically you only brake twice around the course of the lap, which is crazy to think. Slipstreaming plays a big part, and looking after the tyres over a race distance is key. It may look like a relatively straightforward circuit layout on paper, but I can assure you that an awful lot goes on around there from a driving point-of-view! We focussed on race runs during the test last week, because we know we can bolt a good qualifying set-up onto the car, and Thruxton has been a reasonably happy hunting ground for us in recent years with the Civic Type R. Hopefully that trend will continue this season and we can have a really strong weekend.”